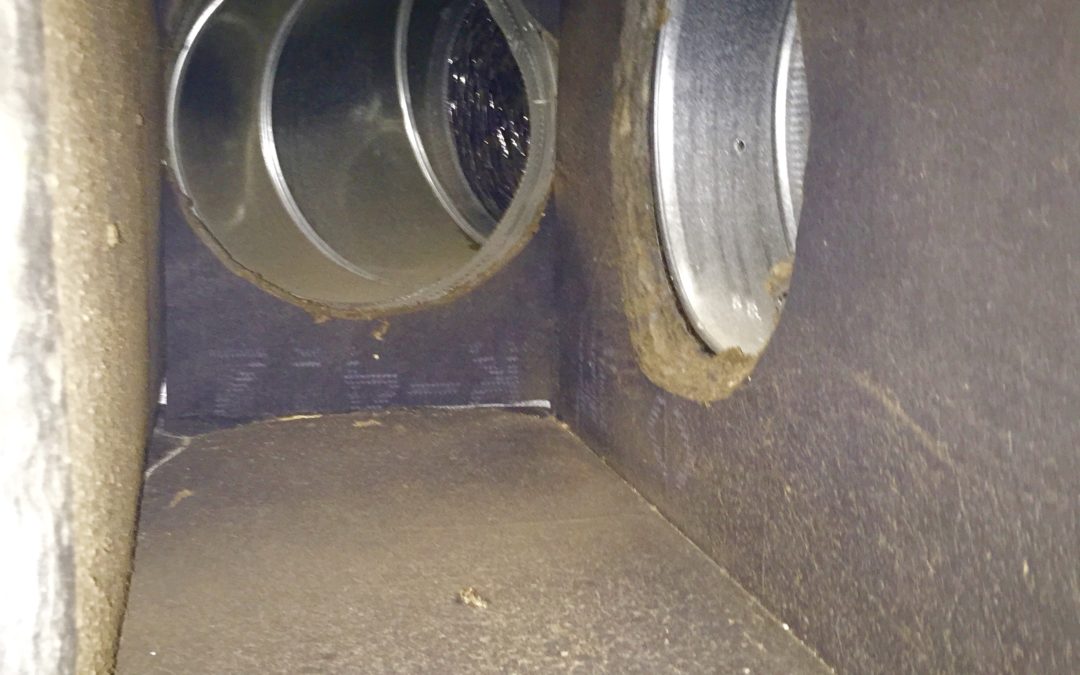 True Story: April of 2016: Family member moves into a new home. Ecstatic about the price, location, and terms of the move, they immediately jumped on it. The papers were signed, colors were picked and they immediately moved to their new dream home. What they did not know was that this dream home would become a nightmare.
June 2016: Family communicates that all family members health has been adversely affected by the move. More notable, all have experienced respiratory distress since the move.

The initial inspection did reveal that the family was living in a home with an open vented, dirt floor crawlspace. This is a recipe for disaster. Most crawlspaces house the HVAC ducting as well as the plenum. (an air-filled space under the home that receives and distributes air throughout the network of a register in the home which is an integral part of the HVAC system.)

This photo was taken after removing the fan from the unit. Although the need for Mold Removal was visible, samples taken to the lab confirmed this.

The only way air could enter the living space was to pass through the plenum. (See photos above.)

Voids, gaps, and holes in the network of ducting allowed contaminated air into the system. “Puroclean” was called prior to my investigation. They suggested a vapor barrier. (??)

Do not hesitate to contact Arrayofsolutions.com prior to moving. The case is still pending.